As climate change forces more people to flee their homes, do borders keep getting fortified, or are there other ways humankind could be looking for solutions? Journalist and award-winning author Todd Miller will use stories to explore the dynamics of climate, human displacement, and border security. With 68.5 million forcibly displaced people currently across the globe, many of whom have been forced to leave their homes due to conflicts with origins in climate issues—including famine, drought, and scarcity of resources—there is no better time to have the conversation about how we can step outside of our boxes and borders to think of creative solutions that bring opportunity and promise of a good life to all.

Following his talk, there will be a panel discussion and Q&A of local experts to consider implications of climate migrants in Missoula and Montana.

Following the Q&A, there will be a reception at the Mansfield Center, and Todd will be signing copies of his latest book, Empire of Borders: The Expansion of the U.S. Border Around the World.

It is made possible through support of our above sponsors and generous grants from Humanities Montana and Thrivent Financial.

Todd Miller is the author of two other books: Border Patrol Nation: Dispatches from the Front Lines of Homeland Security, and Storming the Wall: Climate Change, Migration, and Homeland Security, which won the 2018 Izzy Award for Excellence in Investigative Journalism. He has spent the last 17 years researching, writing, and working on immigration and border issues from both sides of the U.S.-Mexico divide. His writing has appeared in the New York Times, Mother Jones, TomDispatch, The Nation, San Francisco Chronicle, In These Times, Guernica, and Al Jazeera English, among other publications. He’s a contributing editor on border and immigration issues for NACLA Report on the Americas and its column “Border Wars”.

We are very excited to welcome him to Missoula for this important and timely conversation. 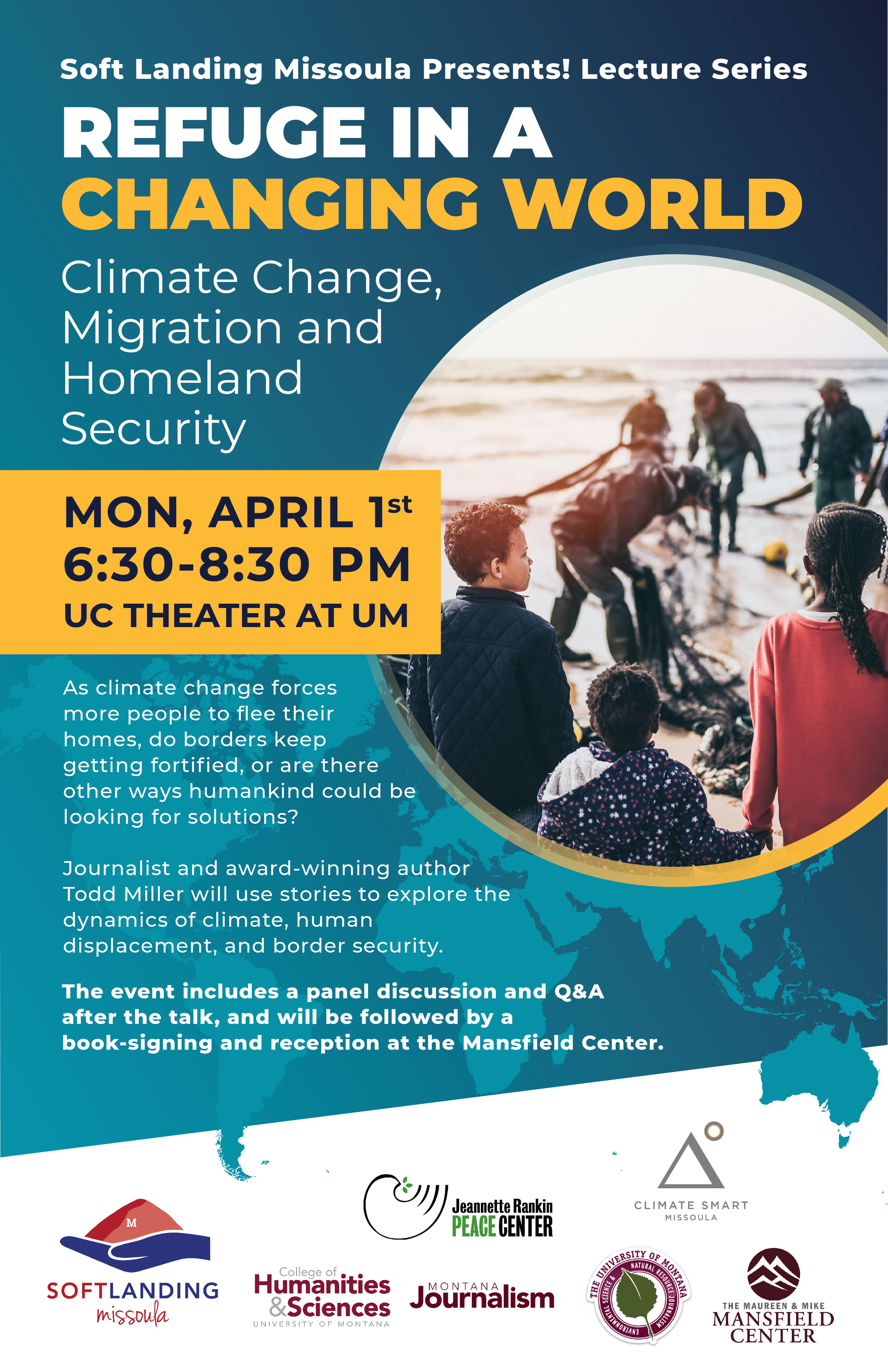